Below you find a small selection of games I have worked on. 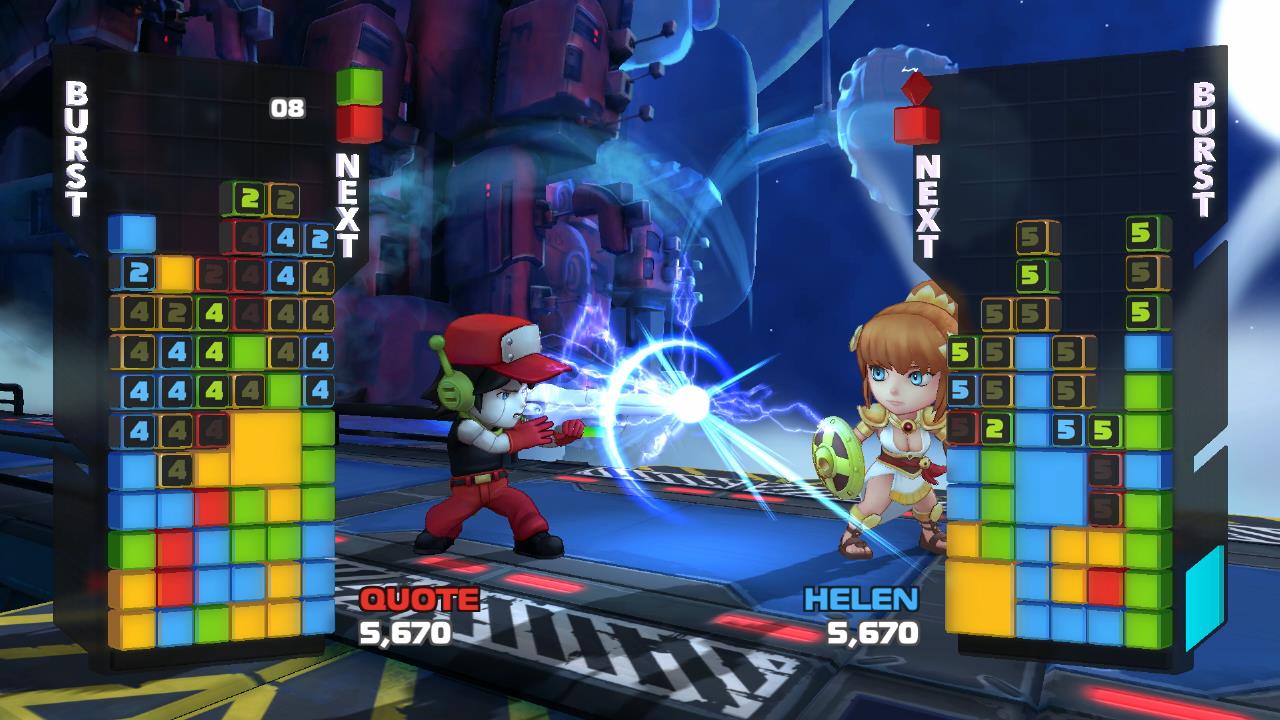 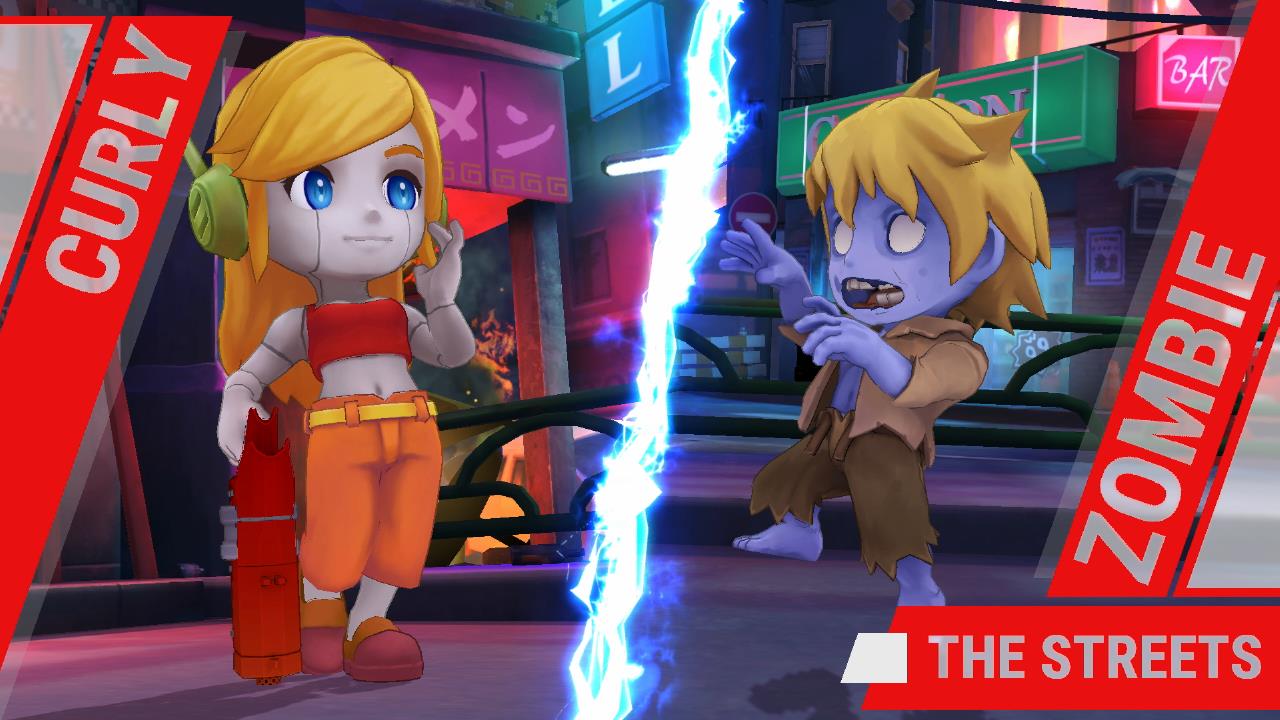 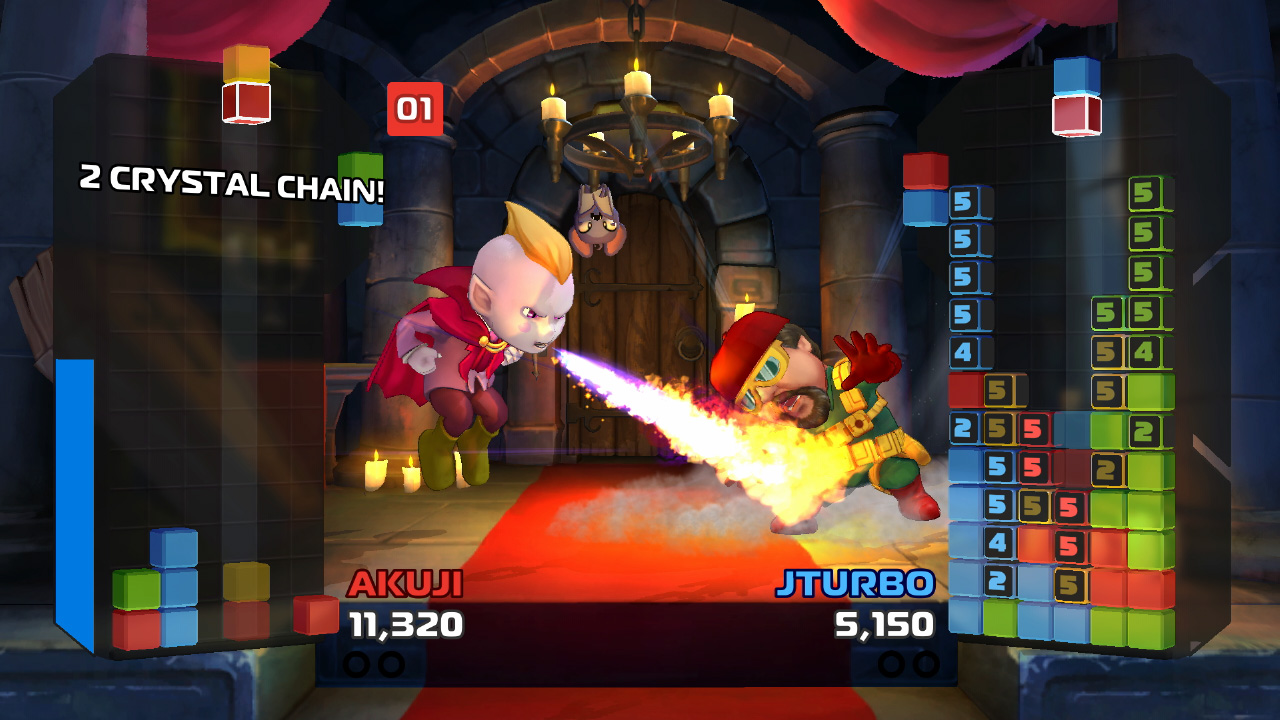 This game inspired by CapCom's "Puzzle Fighter" series was already in development for a few years before I joined the project. I implemented an interactive tutorial and helped with bugfixing. The single-player Story Mode was supposed to have several mini-games which I also worked on until they were cut from the game due to time constraints.

Crystal Crisis is currently scheduled for release on May 28, 2019. 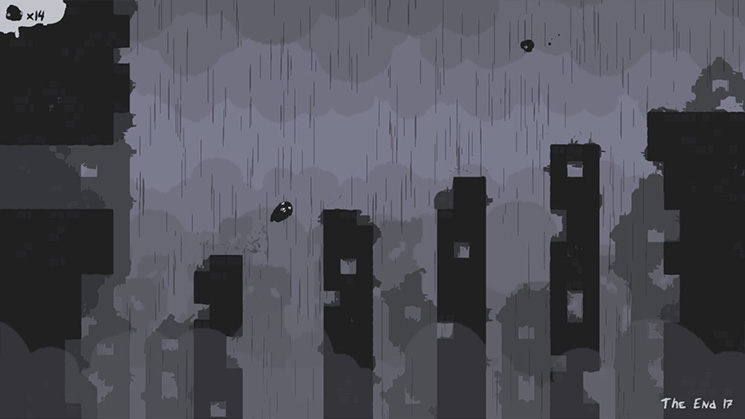 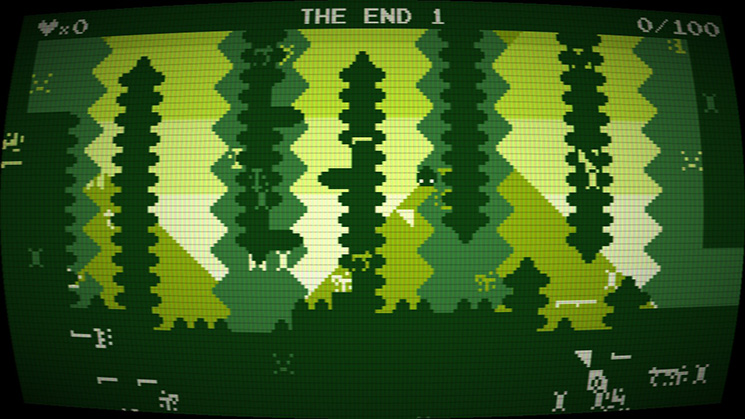 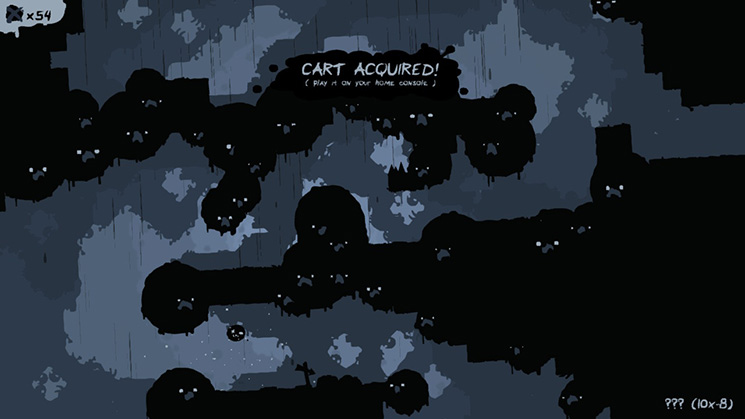 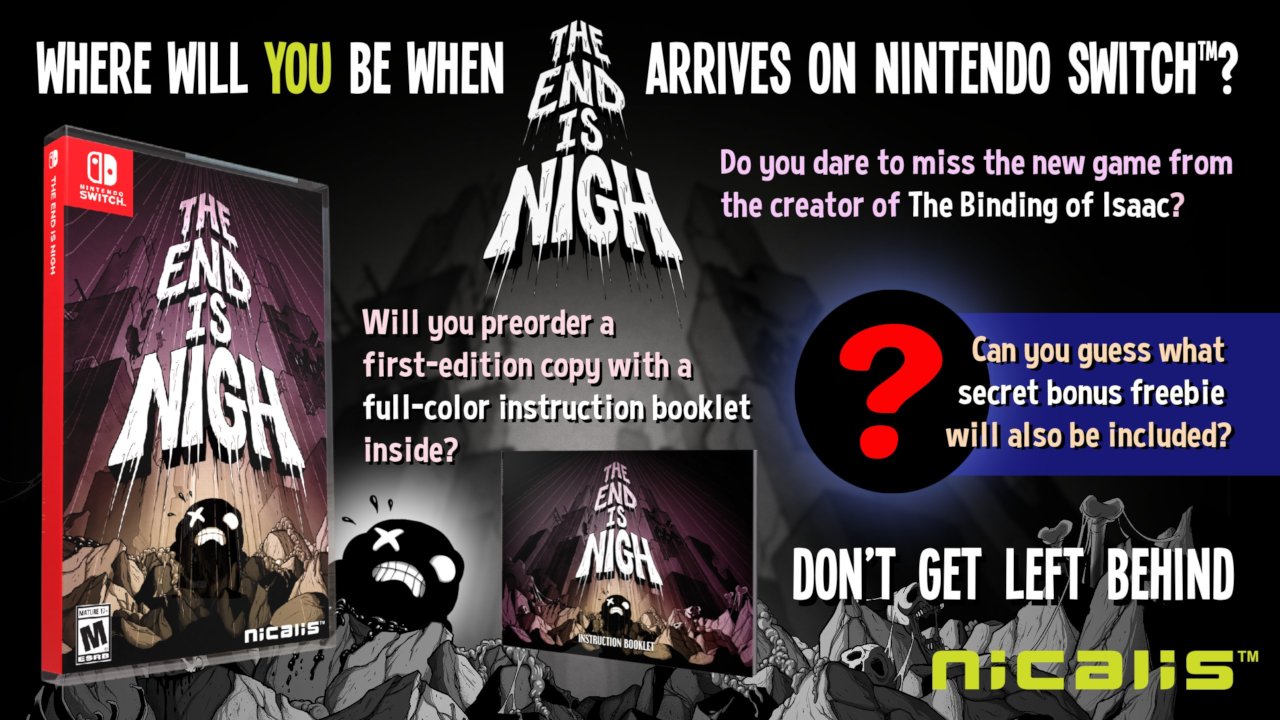 I ported this game to Nintendo Switch on behalf of Nicalis, Inc. The original PC version was designed by Edmund McMillen, and implemented by Tyler Glaiel in C++/OpenGL. This was a direct port to Nintendo SDK without any additional middleware or code transformation. Apart from rewriting the shaders I also had to optimize the engine and tweak a lot of the content so it would run at a stable 60 FPS on the Nintendo Switch. For example, I modified the backgrounds to reduce the number of draw calls, and replaced the MSAA anti-aliasing with FXAA.

The port was started in May 2017 and completed just a few months later. The game was released on December 12th, 2017.

In January 2018 I implemented a patch correcting some minor issues with the game, though it was never released due to reasons beyond my control. There were also plans to add a 2-player mode to the Switch version, I made a prototype demonstrating this feature, but it was never continued.

I was commissioned by Nicalis, Inc. to port the game "Tiny Barbarian DX" to their proprietary C++ framework. The game was originally implemented in C#/XNA, and using a custom C# framework implemented by StarQuail Games. The port to C++ will greatly improve the portability of the game, possibly bringing it to console platforms such as Playstation, Xbox, or Nintendo.

When I started the conversion, the game was still a work in progress, with only 2 of 4 episodes finished. I devised a process of converting the C# source code to C++ automatically, with only minimal intervention. This has enabled me to bring ongoing changes in the C# version to the C++ port without having to manually track them down. 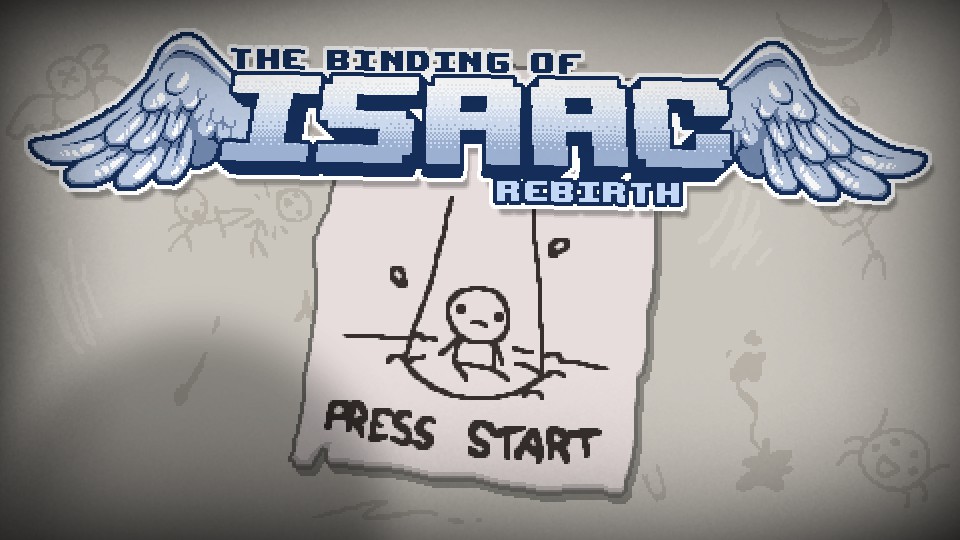 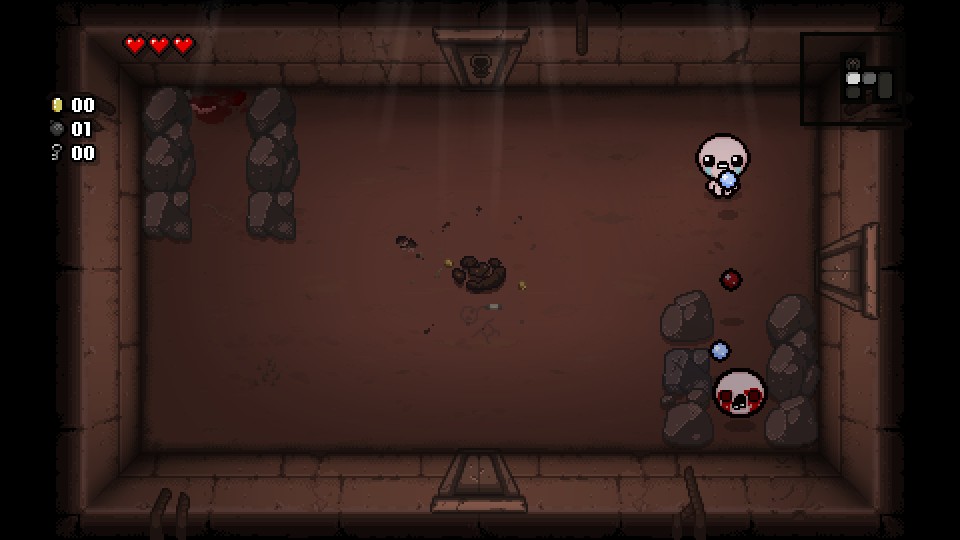 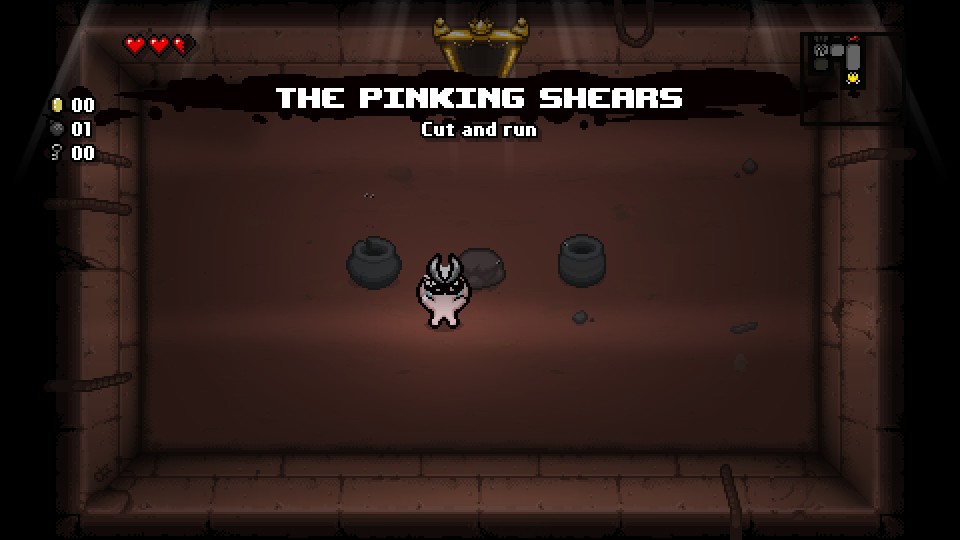 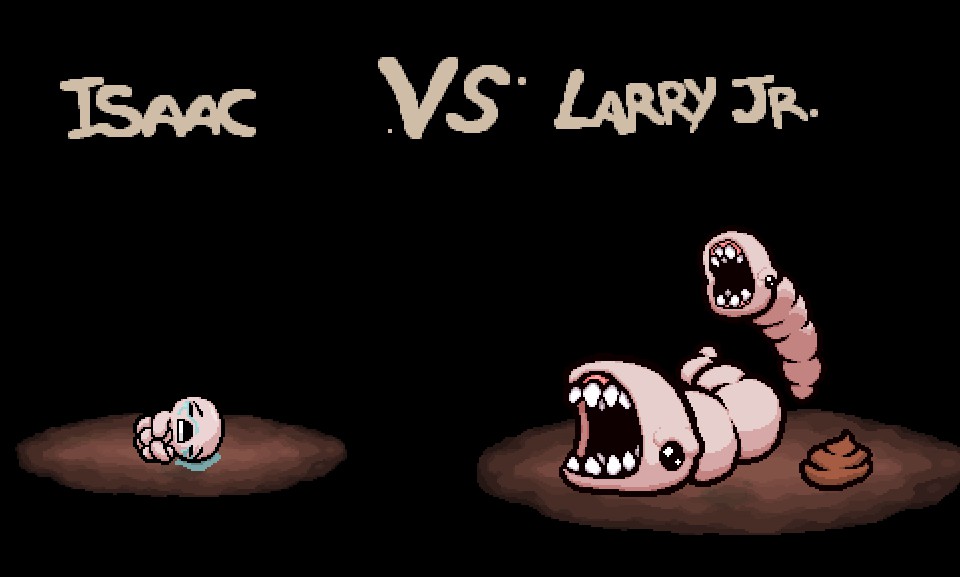 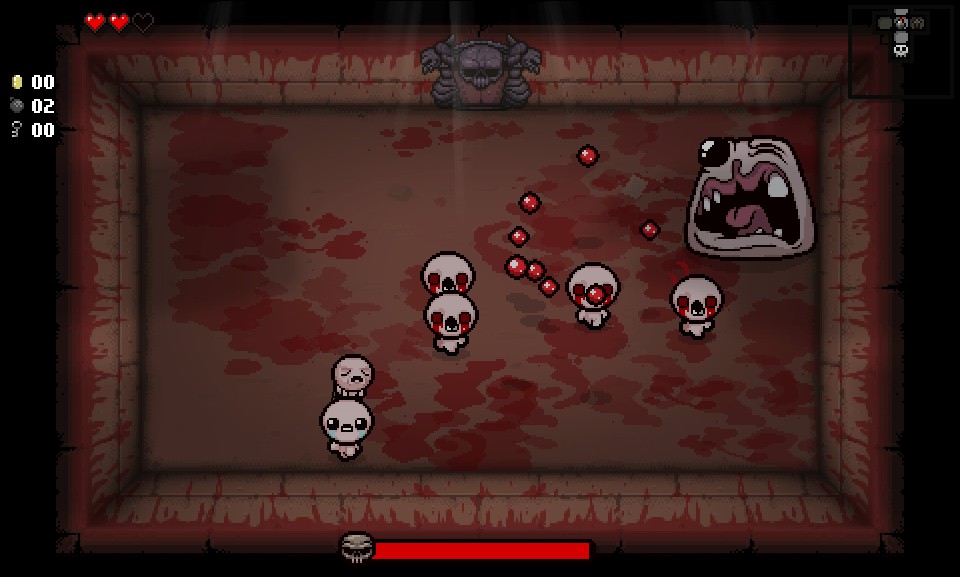 This is an extended version of the famous Flash game "Binding of Isaac" by indie legend Edmund McMillen. My task was to port the game code from Flash/ActionScript2 to a proprietary cross-platform C++ framework, adding heaps of new content and innovative new gameplay elements.

I started working on this project for Nicalis, Inc. in 2013. While I started out alone, over time four new programmers were added to the project and I took the role of a lead programmer, assigning tasks and giving instructions.

I also had to work closely with the lead artist, as he had to re-do all the graphics in a new art style. I helped to implement a new animation format and toolchain for multi-layered sprites that behave similar to their timeline-based Flash counterparts.

One interesting design challenge was to re-implement the random number generators. In Rebirth they all originate from the same random seed and it is ensured that if you replay a game using the same seed, all random-chance events will have the same outcome as before.

After release of the game I also took the lead in handling bug reports/customer complaints for the PC version, and created a thread on the Steam community boards which helped a great deal in resolving common issues. One big issue was that initially the game did not run on pre OpenGL 3 hardware. I managed to lower the requirements to OpenGL 2.1 post-release, which resolved a lot of customer complaints and extended the potential player base significantly.

In the second half of 2015 I stepped in as a lead to finish the official expansion "The Binding of Isaac: Afterbirth", which adds several new features. I was in charge of implementing seed-based daily runs with leaderboards, and a new game mode called "Greed Mode". At the same time I was also assigning tasks and helping out with implementing new items and bosses. After release of the expansion I was again heavily involved in bugfixing and handling customer complaints. 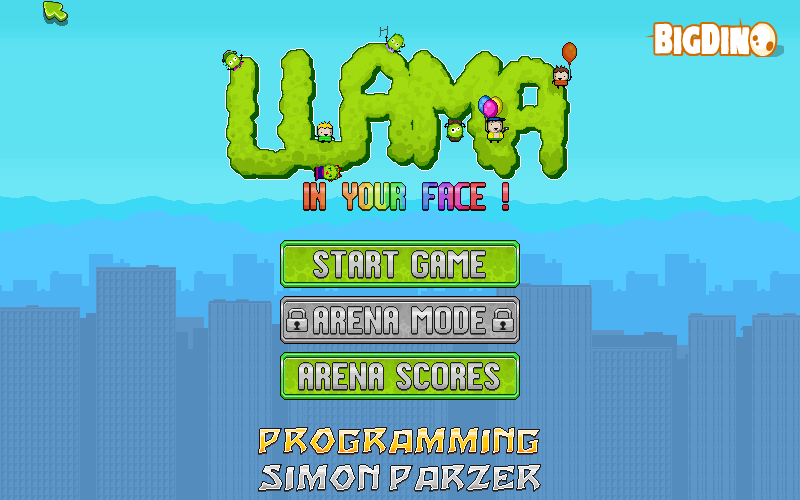 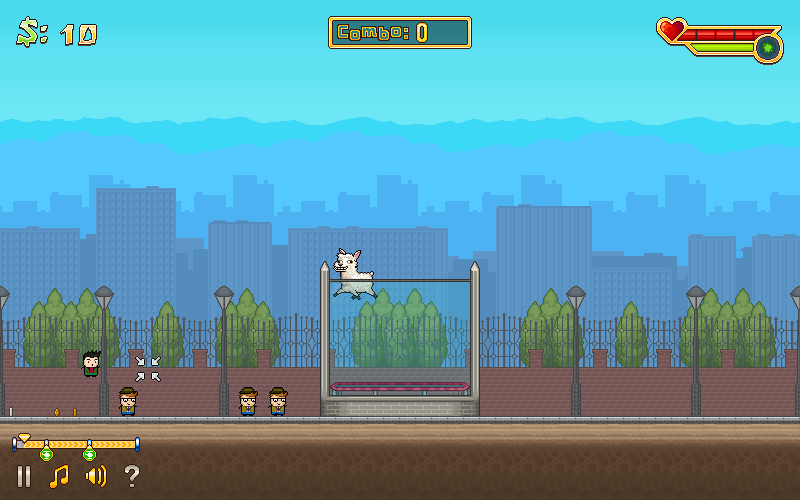 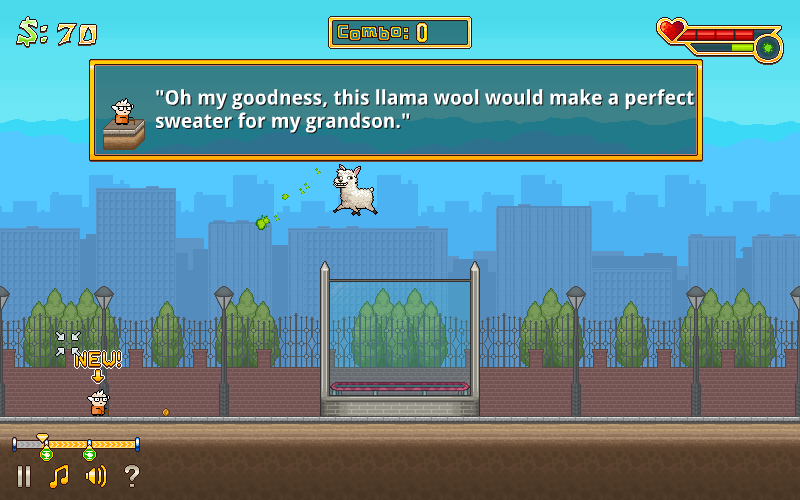 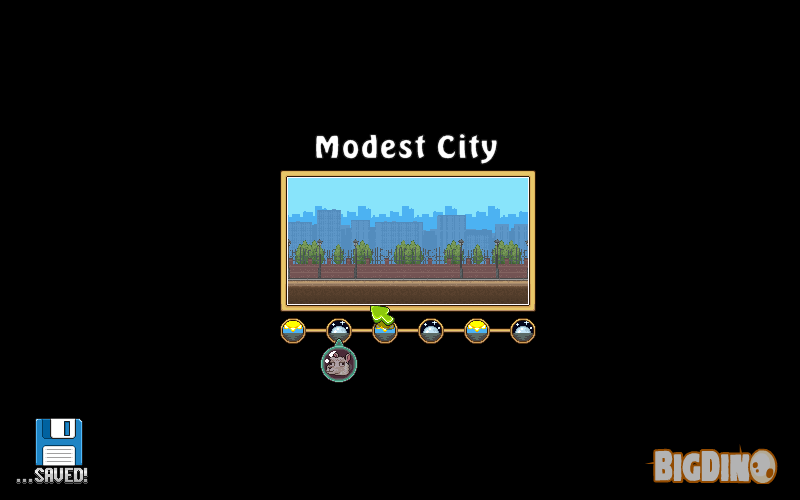 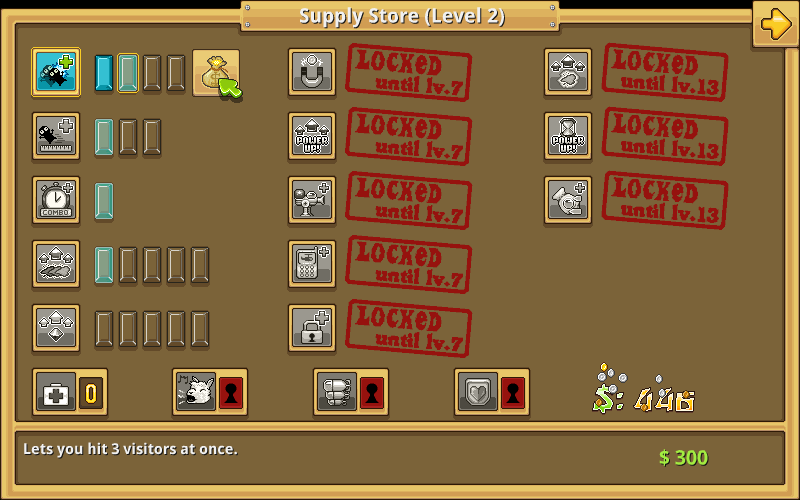 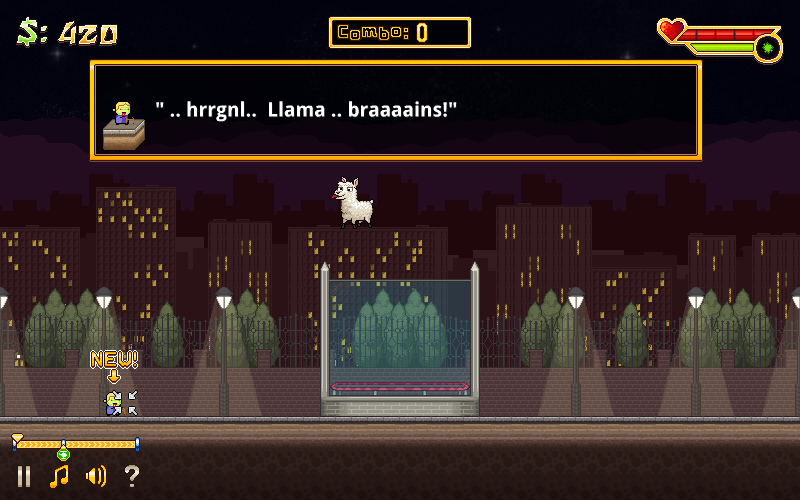 This is a cute Flash game I finished together with my friend Peter Sperl in 2012.

Development started at an inofficial Austria Game Jam at the SAE institute Vienna in 2011 with a team of 5 people. After the prototype showed promise, Peter and me decided to work on an improved version and try to sell it to Flash portals via a sponsorship contract. This worked out great for the most part, though development took us longer than expected.

The graphics have been created by Peter Sperl of ShinyPixelGames, while I was responsible for all the programming and game logic.

NightSky HD was developed by Nicklas Nygren and Nicalis, Inc. I initially ported the game to Linux so it could be part of the Humble Indie Bundle 4 which was released in December 2011.

In the first half of 2015 I ported the game to Nicalis' cross-platform C++ framework so it can eventually be released on mainstream console platforms such as PS4/Vita/Xbox. For this port I also implemented a bloom shader, improved fullscreen handling, added Steam achievements and an option to adjust image quality. 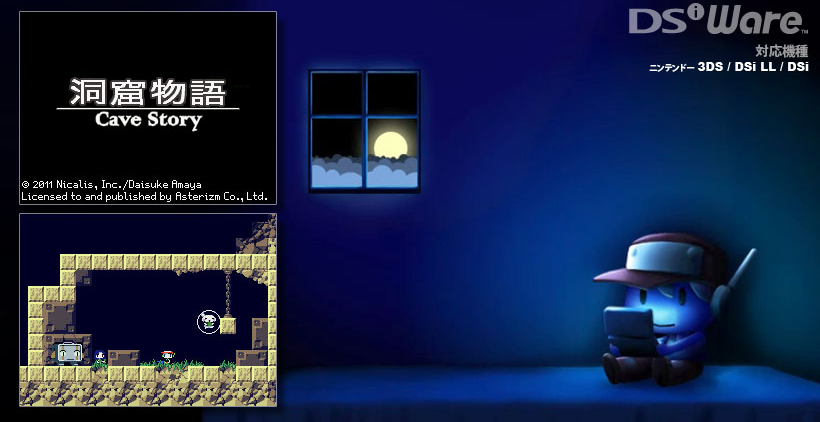 I first ported the famous indie classic to the GP2X, a homebrew console platform. Approximately one year after the release I was approached by Nicalis to port the game to Nintendo DSi, which was my first commercial console port and took about half a year.

I was also involved in the development of Cave Story 3D, and in charge of porting Cave Story+, an improved PC version, to Linux. 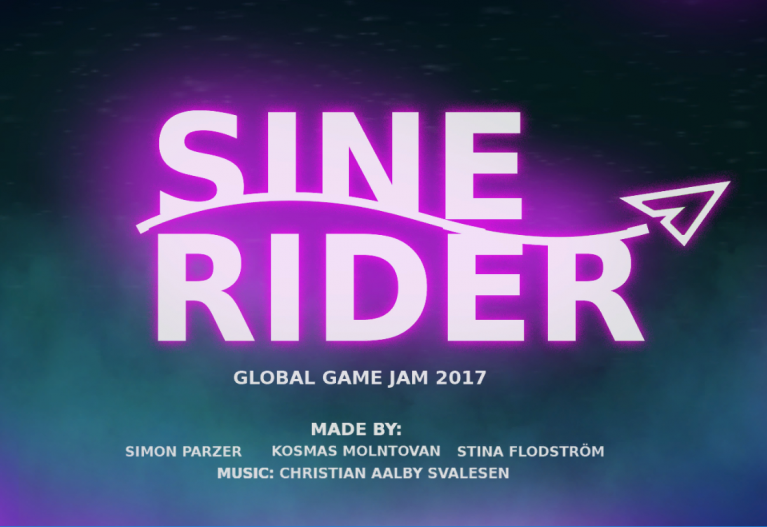 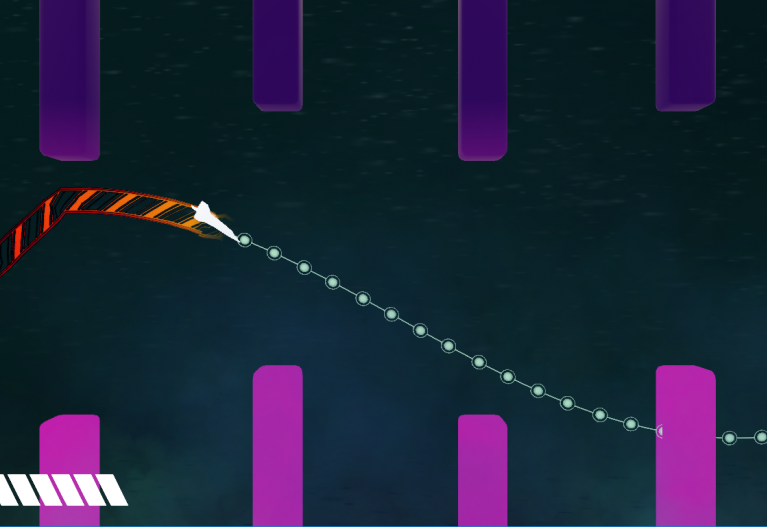 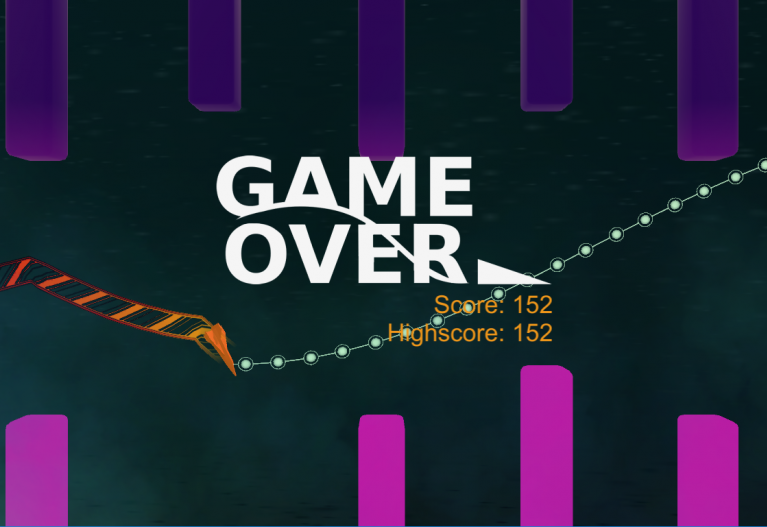 This is a little game I made at the Global Game Jam Berlin together with Stina Flodström and Kosmas Molntovan. We used Unity 3D as an engine, and managed to deliver a playable prototype in 48 hours. Christian Aalby Svalesen was nice enough to compose a soundtrack for the game during the jam, even though he was assigned to a different team.

You control a spaceship that always travels along a sine wave. The objective is to avoid hitting obstacles by altering the sine wave. 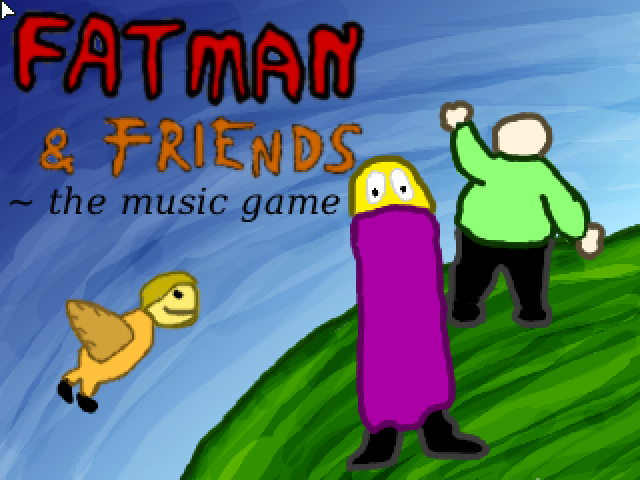 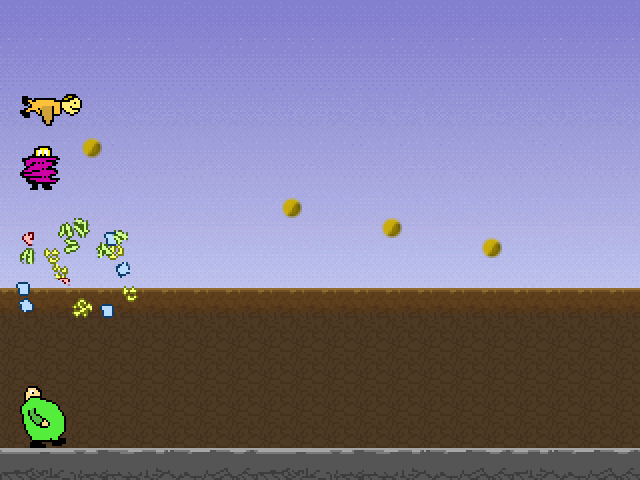 I made this prototype for a rhythm based game in University. Based on some research I did on music games, I implemented a system to sync gameplay to a music track. I also created the graphics and music from scratch.

A small game I made for the 72-hour Allegro Speedhack competition. I created all assets, including code, graphics and music myself during the competition.

A jump-and-run game I made for the 8-day Allegro XmasHack competition. I created all assets, including code, graphics and music myself during the competition. The game also runs on the GP2X handheld console, and on the Playstation Portable.